Yesterday I felt like playing with color!  I started with my big bump of soft white merino top for the kettle dying. 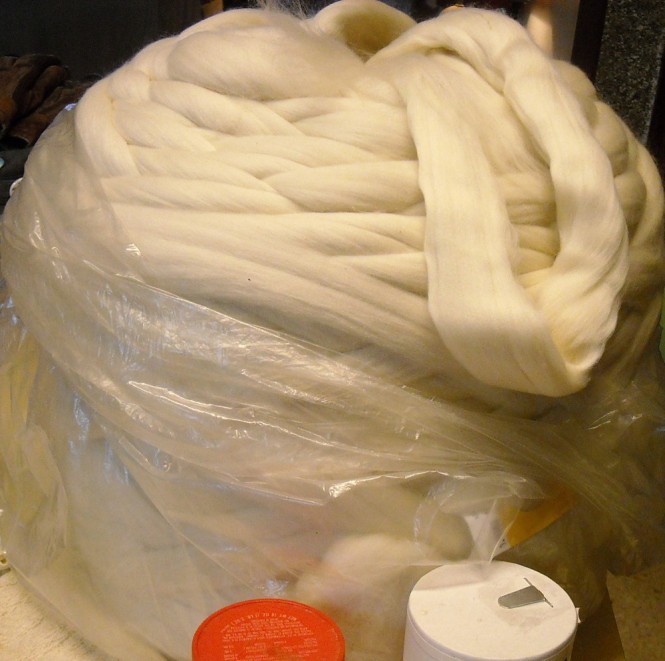 Actually it’s about half a bump, as you can see from the missing center. 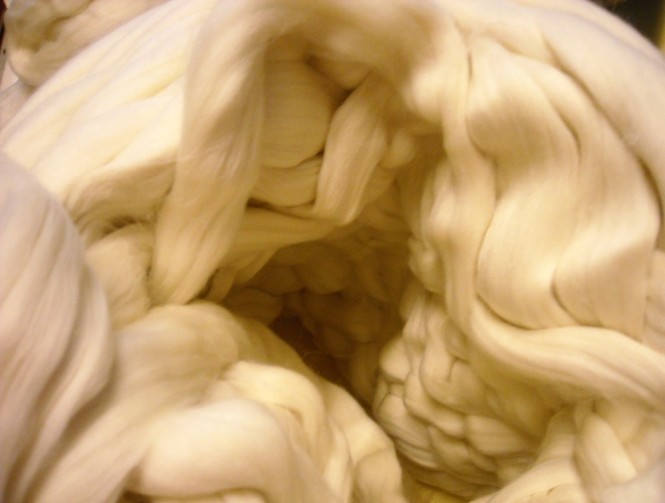 one pound of merino top 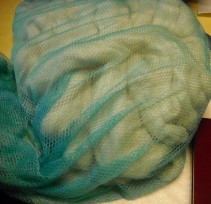 the top placed in a mesh laundry bag

Another batch in the dye kettle

I decided to experiment, to see if I could capture a golden tone. The first pound looks more like a tiger, yellow,orange and brown tones. 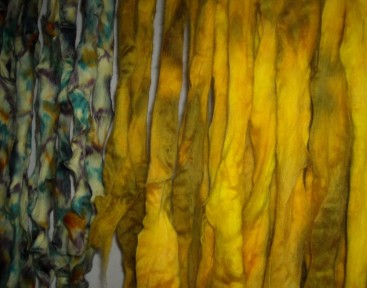 The second is shaded, using the same combination of dyes, but I think it came closer to what I’d envisioned. After seeing them dried, I think I will spin a sample (ounce or two) of each and ply them together. (I’ll try to remember to post a follow-up picture)

some of my dyes

Since I was playing mad chemist, I also rainbow dyed four batches. Two of them utilized the same colors (I’d actually written them down!) that I’d used on some that sold at the fall fiber festival. (I had hoped that it would be left for me to spin this winter.)  These came out a little busier than I remember and then my husband commented that it looked pretty, like a tropical snake—eek!

For the second two batches, I chose to over-dye  a soft drab olive wool with autumn shades. (I know it’s the wrong season, but I don’t enjoy spinning snow!) And yes I was a little heavy handed with the color application, so even this came out brighter than expected.  This is the last of this fiber, which I’ve been hoarding for a while. (Did I mention it’s a very soft wool, but of an unknown sheep breed, so hard to find more of it) I may decide to spin it for my own use. 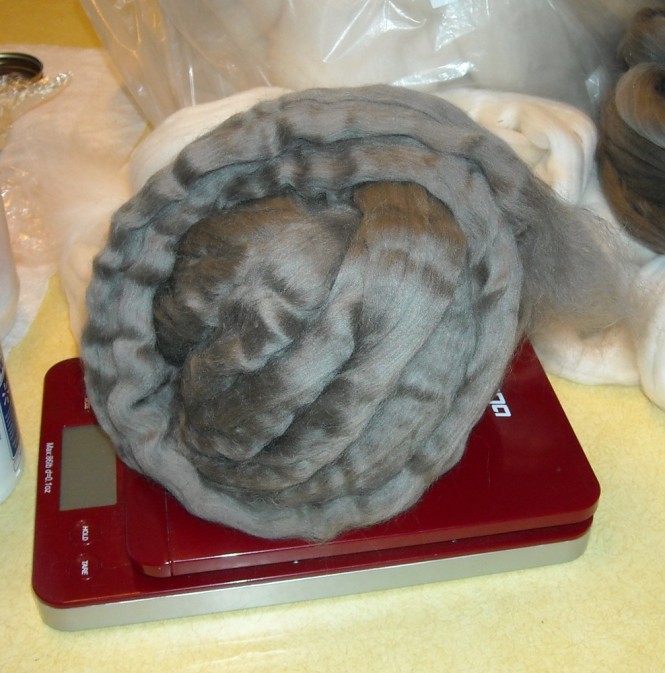 In conclusion, four pounds of fiber gave me some to spin, some to sell, and dyes left for another day. This equals work accomplished toward one of my sub-goals and more future fun.