After almost a year of a pet-less home we took a trip to our local animal shelter. We were looking for 2 cats so they would keep each other company on any day we might be gone.We didn’t expect to bring any home, just window-shopping. 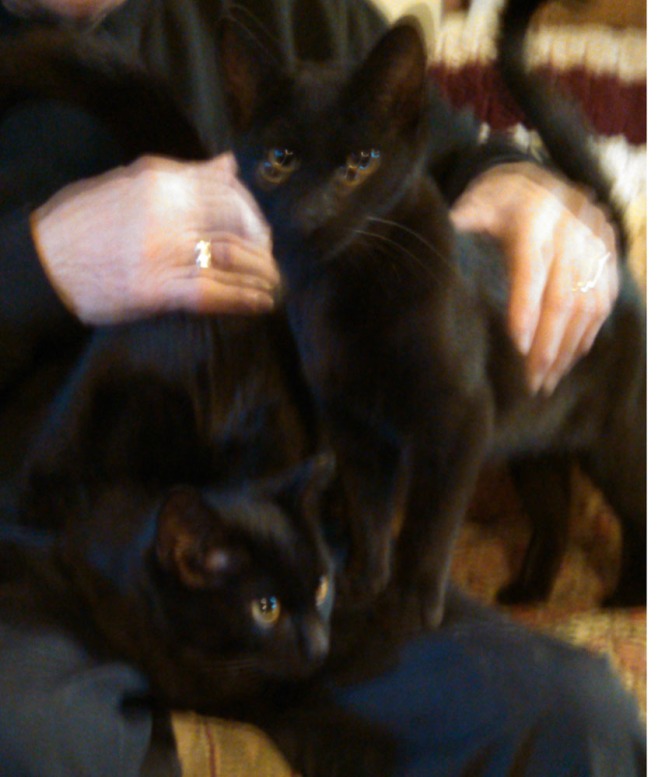 We were lucky, not too many choices but they had 2 brothers who had been turned in as strays. They were so friendly, purring loudly with happiness when we took them out of their cage. I did bring in some knitting, in a craft house I had to see how much of a danger they would be to my yarn. As I sat with my partially knitted hat, one climbed on my lap, sniffed the wool and proceeded to walk through my circular needles (with a tail of yarn falling across his forehead) to jump off my lap 🙂

About nine months old, they are past the kitten stage but playful and smart. They have been exploring the house and testing their limits, as any adolescent would. They like to spend time together but voluntarily separated last night, one following our son to bed, the other joining my husband and me.

Following us around, curious about what we are doing but not too intrusive. They even let me work with wool today, watching as I made dryer balls but not running away with the long piece of roving. 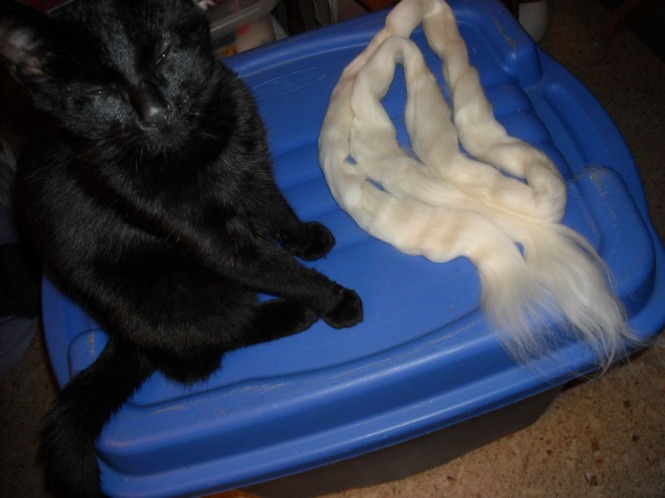 Main problem is they are identical twins. One might be a few ounces heavier than the other but not that noticeable. The one that we named Sheldon (because of his choice of his seat on the couch) does have a small scab on one ear, but once that heals completely it’s going to be iffy! The other one (named Stanley after a character in Gravity Falls) does have one white whisker, but those sometimes shed and who knows if the next one will be the same color.? Meanwhile we are learning their characteristics and hoping they are learning their names.Collars would be a solution but I don’t like them on cats, too easy for them to get hung up if they should sneak outside. .